KubeView displays what is happening inside a Kubernetes cluster (or single namespace), it maps out the API objects and how they are interconnected. Data is fetched real-time from the Kubernetes API. The status of some objects (Pods, ReplicaSets, Deployments) is colour coded red/green to represent their status and health

The app auto refreshes and dynamically updates the view as new data comes in or when it changes.

Note. No secrets are exposed by the Kubeview API, values are redacted and replaced with __VALUE REDACTED__ before being sent. 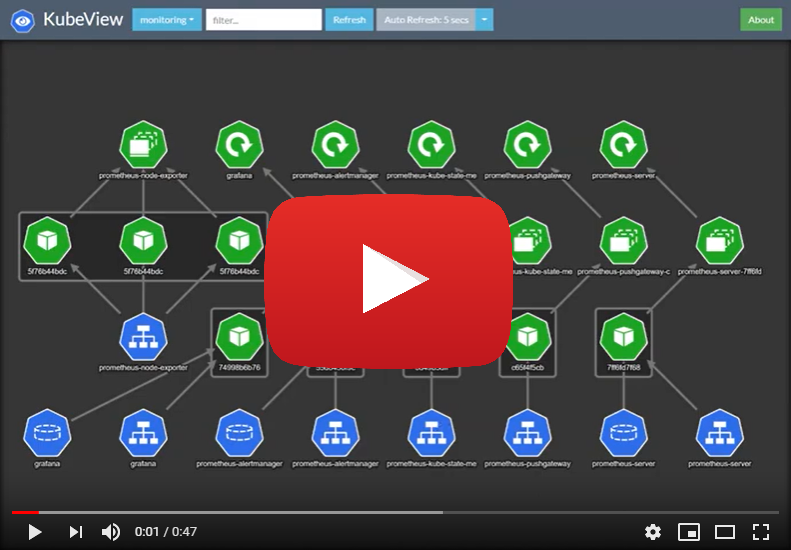 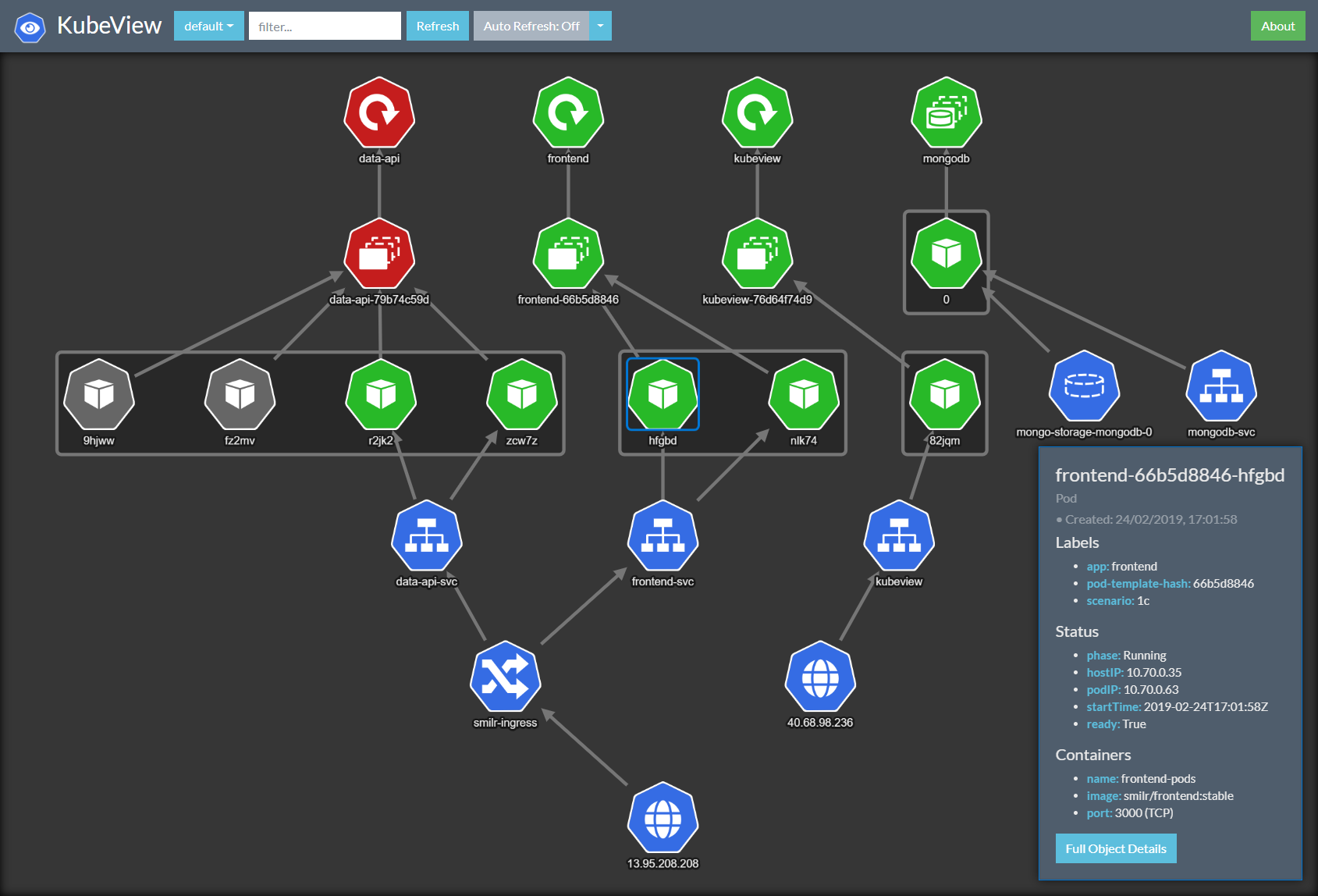 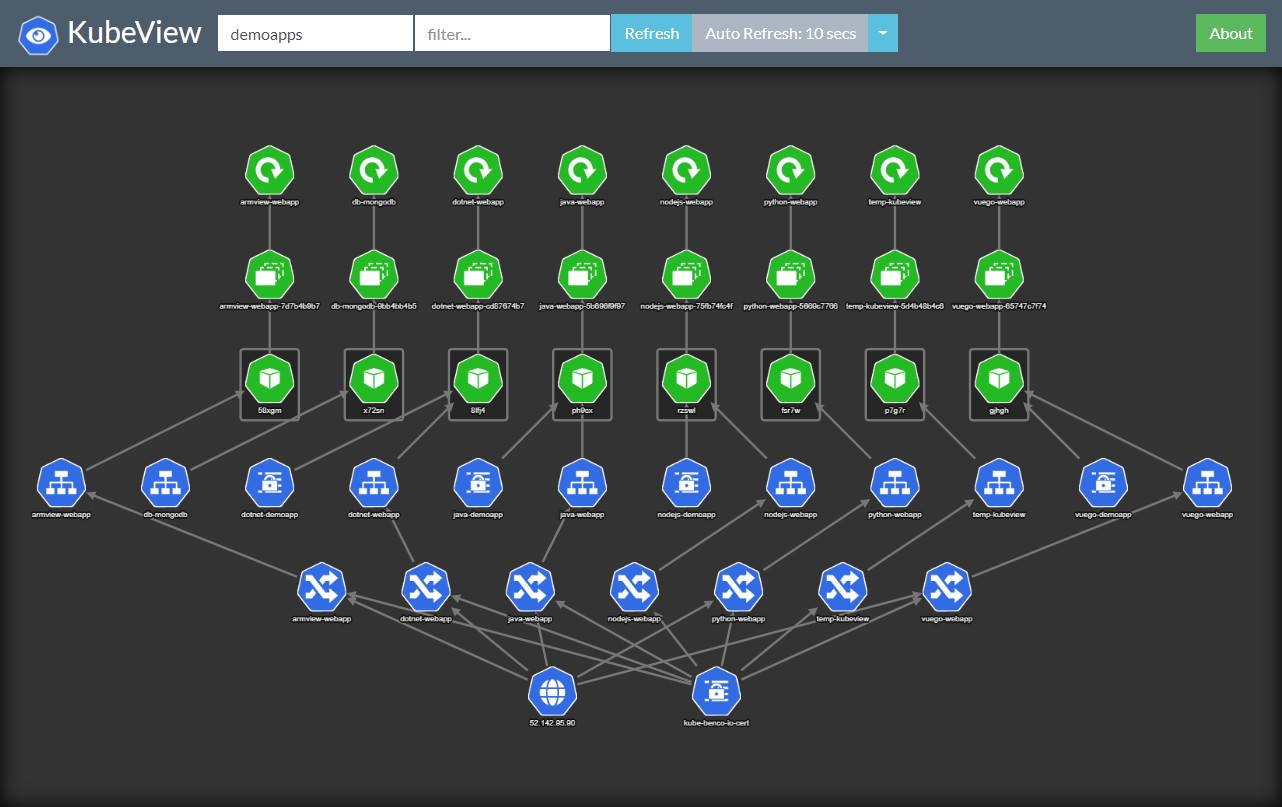 The app consists of two separate but connected elements, in the standard pattern of backend REST API and JS client frontend

Helm chart called ‘kubeview’ is provided in the charts directory to help deploy and install KubeView into your cluster. The chart is also available in packaged form, in the releases section

Use the supplied sample example-values.yaml file (copy it to a new name, e.g. myvalues.yaml) to configure how to deploy KubeView. The main choice is if you want to expose the service via an ingress ingress.enabled: true or a load-balancer service ingress.enabled: false

the chart supports deployment in a single namespace, set limitNamespace: true. In this mode, KubeView will be limited to displaying only the namespace it is deployed into (via the helm --namespace flag), and the namespace picker will not be shown in the UI. The ServiceAccount/Role/Binding will be scoped to this namespace too, rather than cluster wide.

This is passed to the server via the NAMESPACE_SCOPE env variable